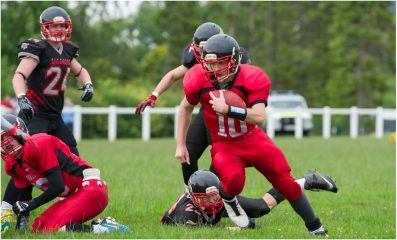 While it has been an indifferent season for their Senior counterparts, the Pirates Junior side has quietly gone about its business, ending up as Scottish Champions and going undefeated in the process. Reigning title-holders Highland were hot on their tail throughout and went into this last tie knowing that a win by 17 points or more would see them retain their crown at the last gasp.

East Kilbride started well, receiving the opening kick-off and putting together a short drive before QB Nick Kosic scored on a 59-yard breakout run. The same player attempted to run in the 2-point conversion, but was held up short of the line. Highland’s response saw them move the ball all the way to the Pirates’ 3 yard line, but a tackle in the backfield on Fourth Down by Kyle Gold kept the Wildcats at bay. As the period drew to a close, it was Kosic who scored again, this time on a 4-yard carry. Will Price was tackled on the conversion attempt, leaving the Pirates 12-0 ahead going into the second quarter.

In the second period, neither side could sustain any offensive momentum, with any gains being negated by fumbles, misplaced snaps or penalties, so the scoreboard remained unaltered before half-time. On their second possession after the break, the Wildcats opened their own scoring account. A 7-play drive was rounded off by an 8-yard run from QB Euan Crawford, who for good measure also ran in the 2PAT. Now fired up, the Highland defence forced a fumble on the first play after the restart and recovered the ball on the Pirates’ 42-yard line. Four plays later they had moved it to the 15-yard line as time expired. 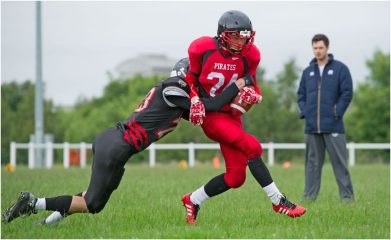 The opening play of the final quarter resulted in Crawford again running in for the TD and also add the 2 extra points to edge the Wildcats 16-12 ahead. Their joy was short lived though as Struan Bailey returned the ensuing kick-off 71 yards to score. Kosic successfully added the extra points to regain the lead at 20-16.  Highland’s response was short lived. Firstly Crawford was sacked by Mark Stewart then Gold forced a fumble on the next play, with the ball falling into the hands of Darren Robert. He rumbled towards the end zone but was aggrieved to be tackled 2 yards short of glory. Running back Price was only too happy to take advantage and scored the final TD of the day. His conversion run failed but the Pirates now led 26-16 with time very much in their favour.

The teams traded turnovers, with EKP seeing interceptions by Callum Ferguson and Darren Robert either side of a Pirates’ fumble. A series of incomplete Highland passes allowed East Kilbride to kneel out the game and take the Divisional title.

They will now face either Manchester Titans or Leeds Assassins for the Northern Conference crown, and the winners of that game will compete in the National Final. 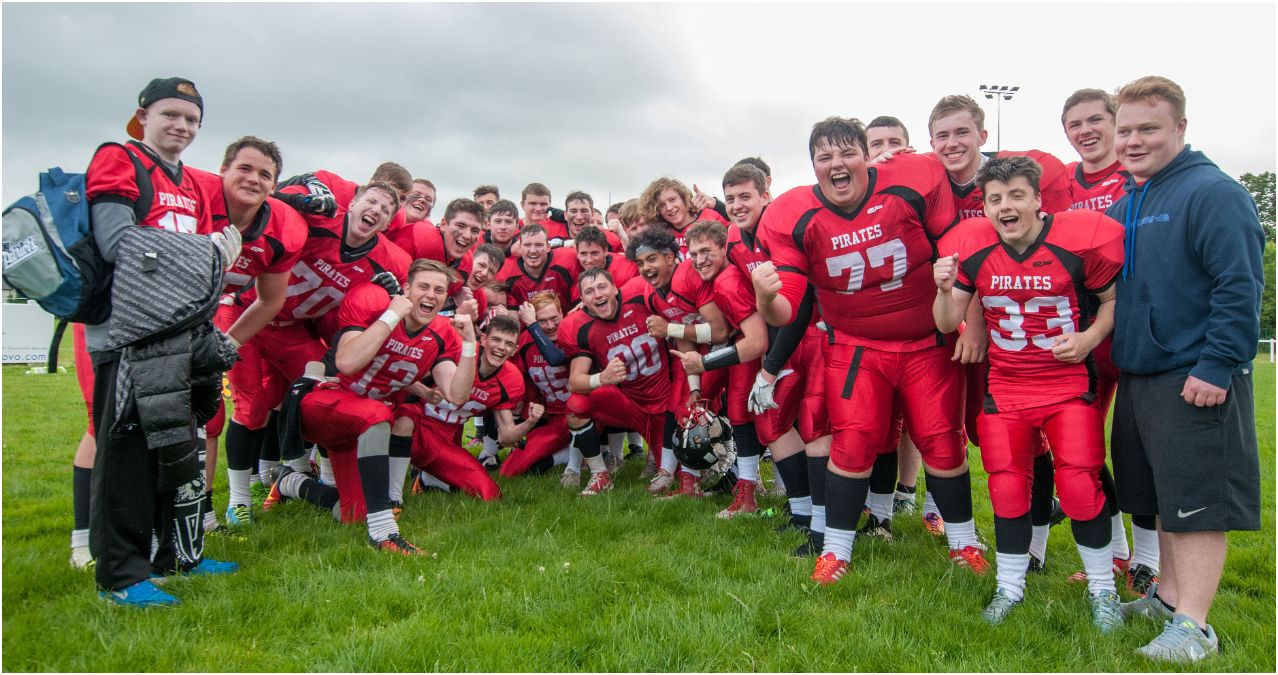