You can’t win anything with kids 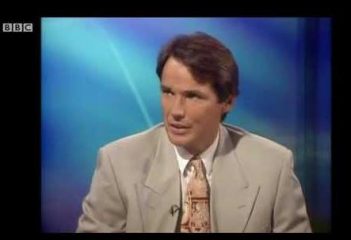 August 1995, BBC’s Match of the Day had just shown highlights of Aston Villa beating Manchester United 3-1. This led to pundit, Alan Hansen, stating “you can’t win anything with kids”, in regard to the youthful team that Sir Alex Ferguson had fielded that day.  It was a comment that both went down in football folklore and haunted Hansen for the remainder of his television career.  The United ‘kids’ went on to win the Premier League and FA Cup double that season, with a team whose average age was 26 years and 137 days. Only Chelsea have won the title win a younger squad since.

Fast forward to late May 2021, as Jamie McLaughlin and his coaches looked over the initial roster for the forthcoming season, and saw the fresh-faced players smiling back at them, it may have caused their own more-matured eyebrows to be slightly raised.

However, before we get back to the future, let us back-peddle to look at some earlier prequels to the current Pirates squad.

2013
Roster size: 73  Average age: 26.5  Age range: 19 – 41
East Kilbride had a strong roster leading to a terrific campaign in 2013, powering through the schedule without loss, racking up only their third perfect 10–0 season in history. Post season, the team performed well in poor conditions in the quarter final to record their first ever win against the Bristol Aztecs, but in a repeat of the previous year’s semi-final, they again fell to the 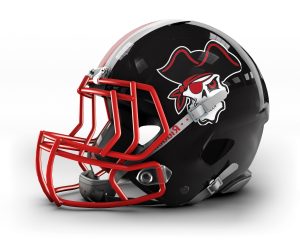 London Blitz by 4 points, despite having their chances to win.

2016
Roster size: 93  Average age: 27.1  Age range: 19 – 44
The 2016 season saw the Pirates lose four regular season games, lose the northern champions crown and fail to qualify for playoffs for the first time in eight years. The retirement of many long-time players, coupled with an influx of new players had led to the challenge of a larger, but less experienced squad.

2018
Roster size: 67  Average age: 25.2  Age range: 19 – 36
Following a disappointing start to the 2018 campaign, the team parted ways with head coach Ross Templeton after the third game of the season, replacing him with former veteran player and junior offensive coordinator Jamie McLaughlin. This, combined with the further graduation of members from the club’s junior team to play senior football, with 8 graduates stepping up, the club felt it had established a good foundation for the future. Despite this, the team went winless for the rest of the season and were relegated to Division 1.

2021
Roster size: 59  Average age: 24.4  Age range: 19 – 35
For the season ahead, the Pirates set sail with a streamlined crew and a fascinating mix of youth combined with a spine of solid veteran stalwarts.

Coach JMoss has the youngest ever roster to get ship-shape and battle ready for the start of the season.  A season which pits them against solely Scottish opponents, from regular foes in the Aberdeen Roughnecks and Glasgow Tigers, to a new challenge from the west coast, the Inverclyde Goliaths.  However, the most anticipated match up will be against the Edinburgh Wolves, with the Pirates hoping to reverse fortunes from the last season the two teams matched up.

So, it would seem the East Kilbride Pirates are no longer salty, old seadogs. They are now young, swashbuckling pups – born, bred and given an excellent pedigree through the intensive youth and junior programs.  Graduates will account for one third of the EKP roster in 2021.  More importantly, these ‘kids’ know how to win.

You can’t win anything with kids?  Let’s just wait and see how the long-awaited return to the gridiron goes.