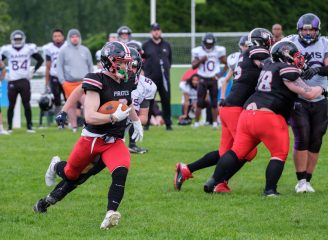 The Pirates’ first home encounter of the season saw them take on a Rams side that had scored a colossal 170 points in their first two games.

A tentative first quarter ended scoreless, but EK were moving the ball forward as the game progressed into the second period. Immediately after the turnaround, QB Sam Montgomerie found his Tight End Rob Hayes in the endzone with a 5-yard pass for the go ahead score. Scott McDonald added the Extra Point to give the home side a 7-0 advantage. After a series of short drives and several changes of possession, it was EK who scored again. A 30-yard Field Goal by McDonald stretched the gap to 10-0, and there was no further scoring in the first half.

On their second drive of the third quarter, the Rams reduced the deficit when QB Taylor Umland completed a 10-yard pass to Tyler Broad for a TD then found Luke Campbell for the 2PAT, cutting the Pirates’ lead to 10-8. East Kilbride soon responded however and regained a 2-score advantage on a Montgomerie to Struan Bailey pass. Bailey found himself wide open, carrying the ball home for a 67-yard TD. McDonald again converted to make the score 17-8 at that point. 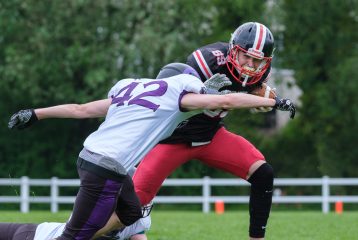 In a tense final period, both Defenses were well on top. As time rolled on EK decided to go for it on a 4th-and-1 near midfield to try and keep the clock running, but came up short. The Leeds based side capitalised on the good field position and just five plays later added their second passing TD when Umland found Fred Nash from 15 yards out. The 2PAT pass attempt went to ground, but there was now only 3 points between the sides. After a short drive each, the visitors had one last chance to win or at least tie the game. Following a Pirates’ punt, they started at their own 12 yard line. A quick pass completion took them out to their 37 before consecutive penalties on EK, a facemask call and a pass interference, gave them a further 30 free yards. Another pass to Nash saw them come up just short of the endzone. A quick spike of the ball stopped the clock, and with the ball on the 1-yard line they had time for two more plays. The first was stopped at the line of scrimmage then on the final play, lineman Lewis Smith tackled the ball carrier in the backfield  and time duly expired. So a narrow, nail-biting win sees EKP move to 3-0 and go to the top of the Division.

This Sunday May 22, the Pirates host Glasgow Tigers at GHA Rugby Club, G46 6EB. Kick off is at 5.30pm – tickets are on sale via Eventbrite 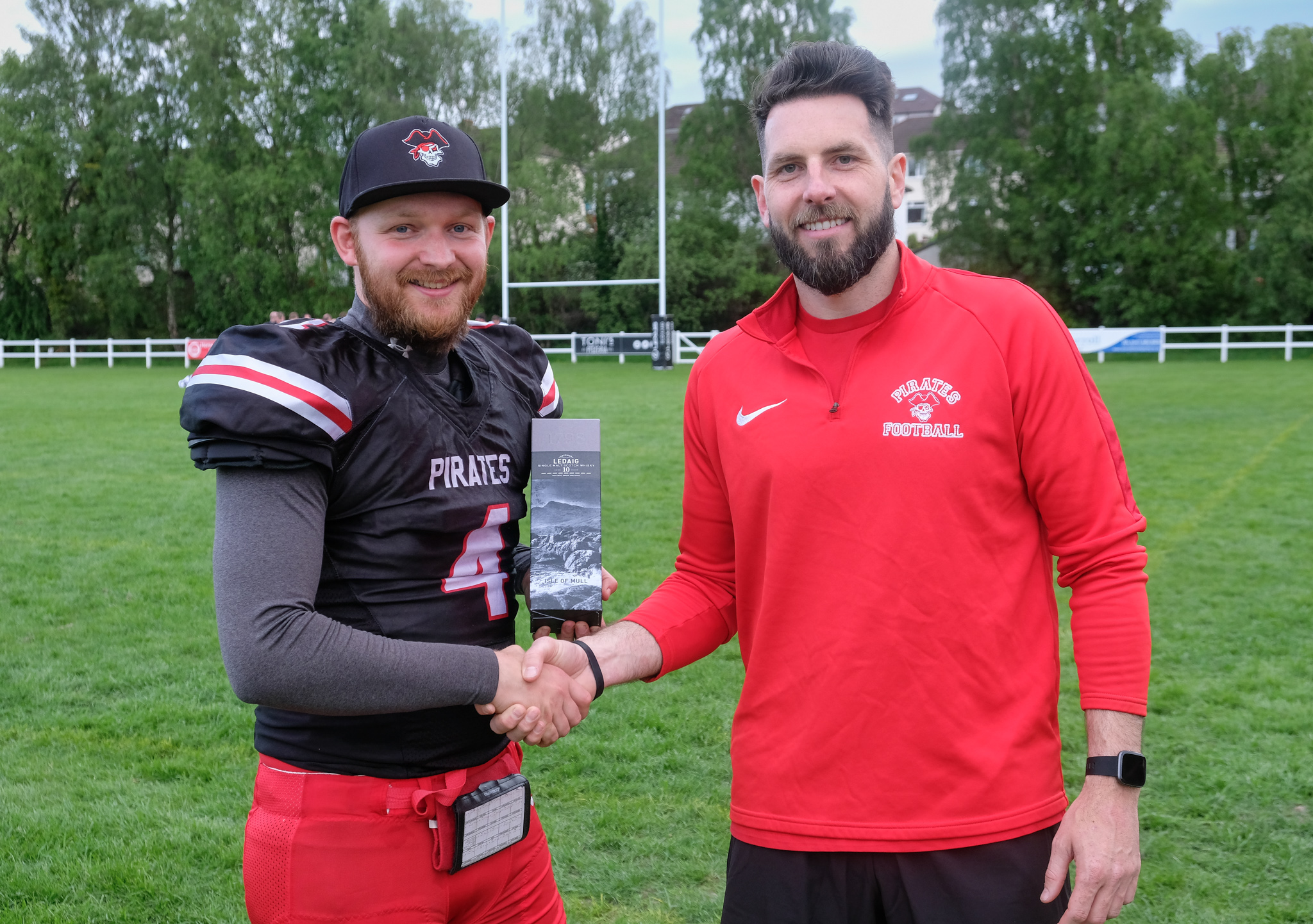