Pirates Get Back To Winning Ways 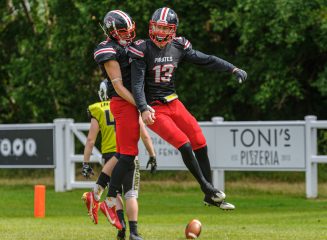 After the disappointing loss in their previous home game, it was imperative that there were no further slip-ups in the Pirates pursuit of playoff football. Despite that, EK showed definite signs of a hangover from that defeat in the early stages of this game. Indeed, it was the Wolverines who dominated the first period, making good yardage both through the air and on the ground without ever managing to make the final breakthrough.

By the second quarter however, the Pirates had made a couple of adjustments on Defence and began to shut down their opponents. This allowed the Offence to find their feet and start making progress of their own. In the middle of the period, QB Scott McDonald completed a string of passes to move East Kilbride inside the 10-yard line, then two plays later running back Greg Black completed the drive with a short TD carry which McDonald converted. The Pirates next possession brought more points and started an avalanche of scoring. Firstly Dougie Meechan added a second rushing TD then from the ensuing kick off, Conno  r Zahariev stripped the ball from the kick returner and carried it back 21 yards to the endzone. After the next restart, defensive back Ker Stuart intercepted the ball on 1st Down and also “housed” the return from 24 yards. All three touchdowns were converted by McDonald, giving EK a 28-0 lead at half time. 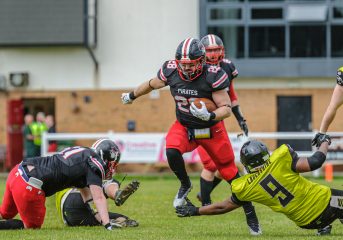 The Pirates had the ball first in the 3rd Quarter and quickly added to their lead. A short, 4-play drive ended with Neil Baptie, now playing at QB, finding Struan Bailey in the corner of the endzone from 4 yards, with McDonald adding the PAT. This initiated the start of a running clock as EK held a 35 point lead. The next drive needed just 1 play to increase that advantage, Baptie scoring on a 31-yard run. McDonald converted to make it 42-0 and the game quickly moved into the final period.

EK managed two further scores in the 4th Quarter, Firstly Neil Baptie scored again, running the ball in from 32 yards this time. Then, with Lancashire pinned near their own goal-line, Elliot Sorbie blocked a punt and the loose ball was recovered in the endzone by Rob Hayes. McDonald stayed perfect with his conversions to conclude the scoring at 56-0. 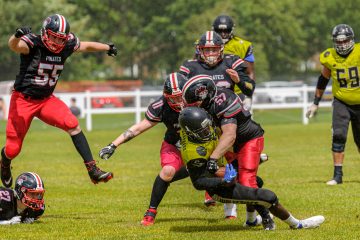 The Distell International Game MVP went to defensive back Ker Stuart, not only for his “Pick-6”, but for shutting down his opposite number throughout the game.

The Pirates go on the road for their final three games, starting with the Glasgow Tigers on Sunday 3 July. The game at Clydebank Community Sports Hub is scheduled to kick off at 14:00. 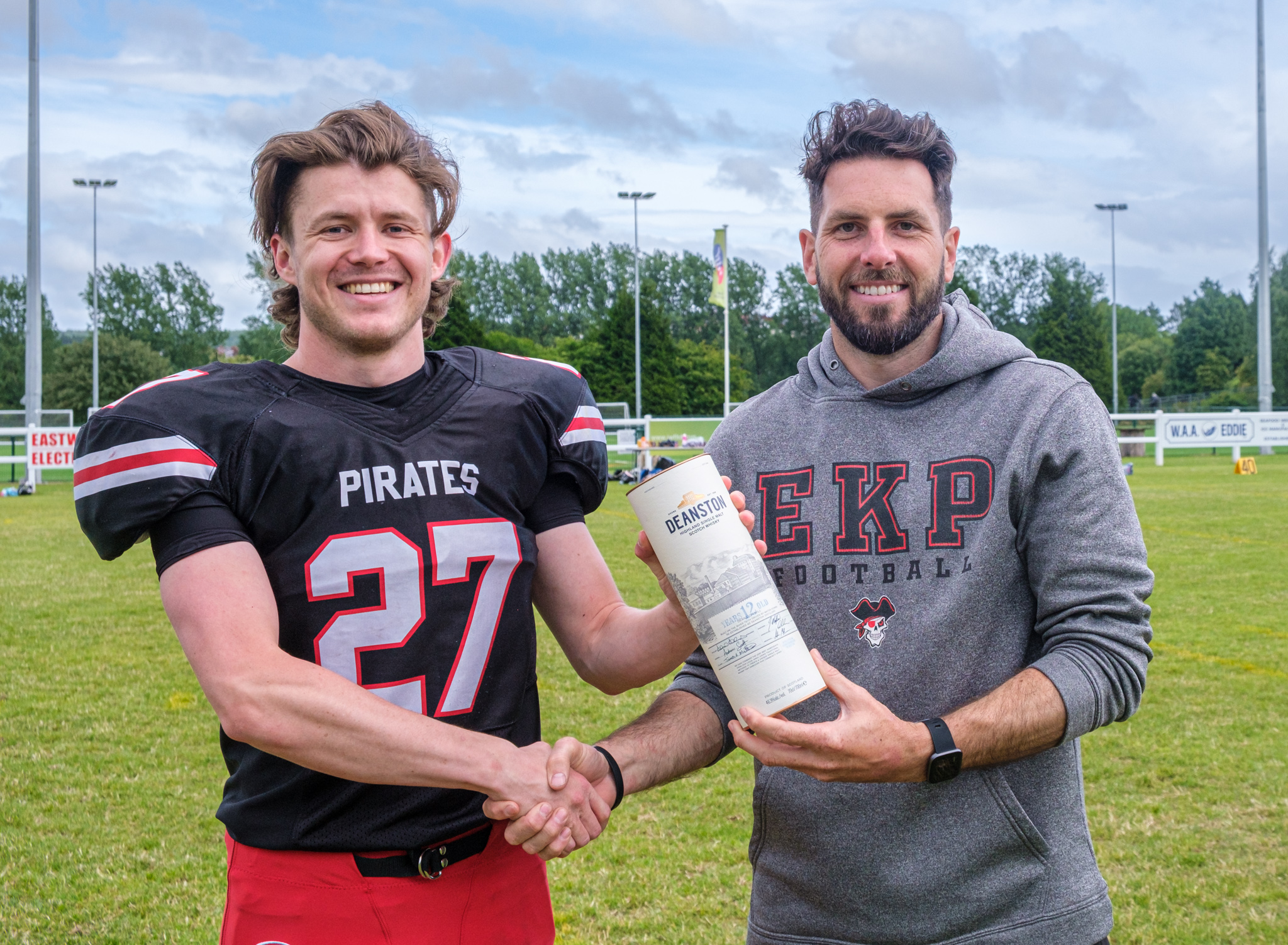