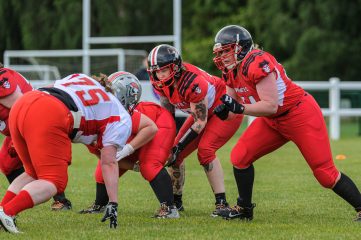 Saturday marked the penultimate game of an abridged campaign for the Pirates Women. What had originally been set as a 4-tournament, 8-game season, has ended up with just 5 games, and only EKP and Edinburgh making it to the conclusion. Despite having lost twice to the Wolves in the earlier encounters, this was EK’s chance to get one over on their closest rivals.

For those of you unfamiliar with the format, the Women’s game is 7v7 on a shorter field. Each team gets 4 plays to reach midfield, then if successful, a further 4 to attempt to score. 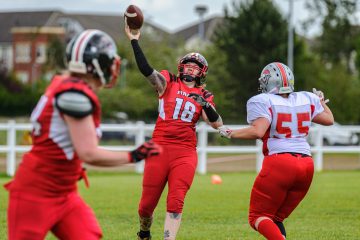 The Pirates were first up, but a fumbled exchange on 2nd Down saw them pinned to their own goaline and they were happy to escape with no further damage before turning the ball over on Downs. Edinburgh suffered a similar setback on their opening possession when a Sack by Ashleigh Bell negated what progress they had made. This pattern of short drives persisted, with both Defenses dictating the play. It was only on the Pirates’ fourth drive that a 1st Down was achieved, even then it was assisted by a Pass Interference call before RB Jennifer Storrie crossed the line to gain. This drive came to an end when QB Nicole Smith’s pass was intercepted in the endzone. The two sides had one more drive each before Half Time arrived with the game still scoreless. 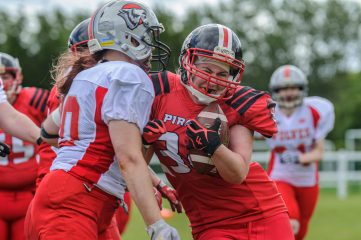 The first drive of the second half saw Edinburgh finally make it into Pirates’ territory, only for a sequence of incomplete passes to halt their momentum. Their next attempt however would finally break the deadlock. After a series of five running plays, the home defense were caught out by a completed pass and added yards after the catch saw the Wolves find the endzone for the go-ahead score. A bad snap on the conversion attempt left Edinburgh remaining just 6-0 in front. Despite not giving up any more points, EK were unable to breach the visitors’ strong defence, and the Wolves held on for a narrow victory

The Distell International Game MVP award was awarded jointly to Ashleigh Bell and Robyn McCluskey for sterling work and hard tackling on Defense. 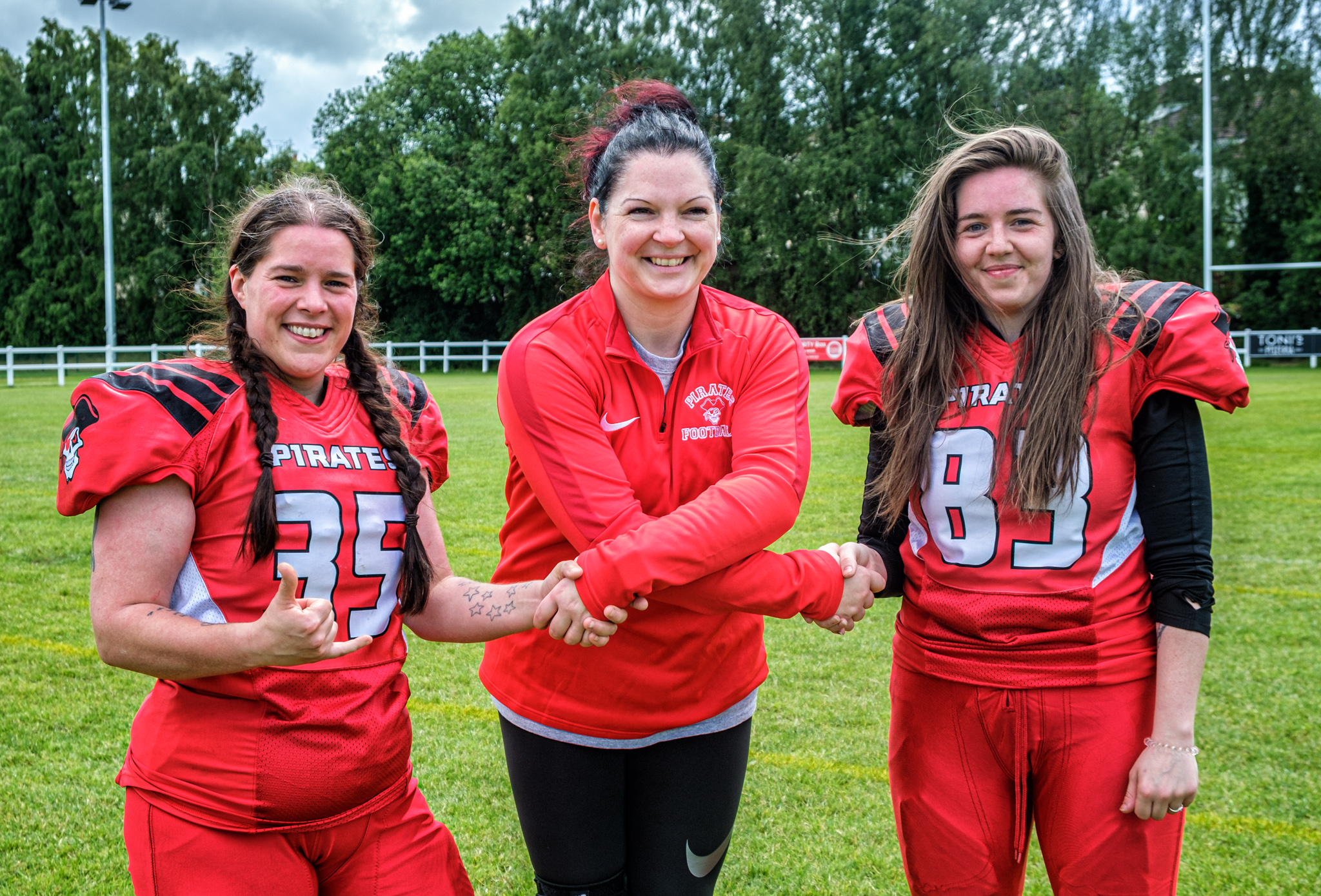