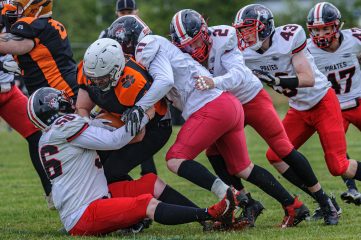 Last Sunday, East Kilbride travelled to Clydebank to face their nearest neighbours. On a blustery day under the flight-path for Glasgow Airport, a win was essential to maintain momentum for a place in the post-season action.

EK received the ball first, but quickly had to punt. A similar outcome for the Tigers gave the Pirates  their second possession and the opportunity to open the scoring. An 8-play drive concluded with QB Scott McDonald finding WR Struan Bailey in the endzone, and McDonald also kicked the PAT for a 7-0 lead. A quick first quarter ended with no further scoring. 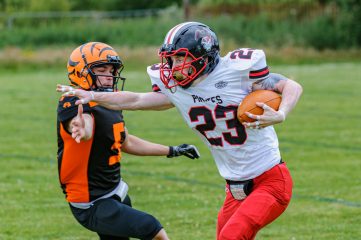 Early in the second period, Glasgow found themselves pinned near their own endzone. Rob Hayes then forced and recovered a fumble at the 1-yard line, setting up Greg Black for the touchdown on the next play. McDonald’s low kick hit someone at the line of scrimmage that saw it ricochet wide of the post, leaving the score at 13-0. The Pirates came close to extending that lead on both of their remaining first half drives, however the first faltered when a McDonald pass was intercepted at the Glasgow 9-yard line, then the second saw a 4th Down pass fall incomplete from the 3.

The Tigers opening drive of Q3 saw them move the ball steadily upfield, all the way to the EK 9-yard line, before a pass to the endzone was picked off by Aaron Callaghan. The Pirates quickly took advantage of that narrow escape and QB Neil Baptie completed a 30-yard TD to Malcolm Fore, which McDonald converted. 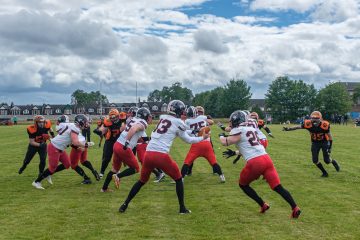 The final period saw another long drive by the hosts, and this time it did result in points. Former Pirate Steven Kane slotted home a 31-yard field goal to put the Tigers on the board. The Pirates immediately responded though, and Baptie found WR Fraser McDonald who raced home from 45 yards. Cathal Caldwell’s PAT kick appeared to split the posts, but was ruled unsuccessful.

The Distell International Game MVP award was won by defensive back Ryan Miller for a hard-hitting display that helped prevent any TD’s being conceded.

The Pirates now have a break before their next game on July 24th, when they travel to face the Yorkshire Rams in Leeds. This game takes on even more significance following the Rams defeat of Northumberland Vikings. That win puts the Yorkshire side back into playoff contention, making it a 3-horse race for the two available spots. 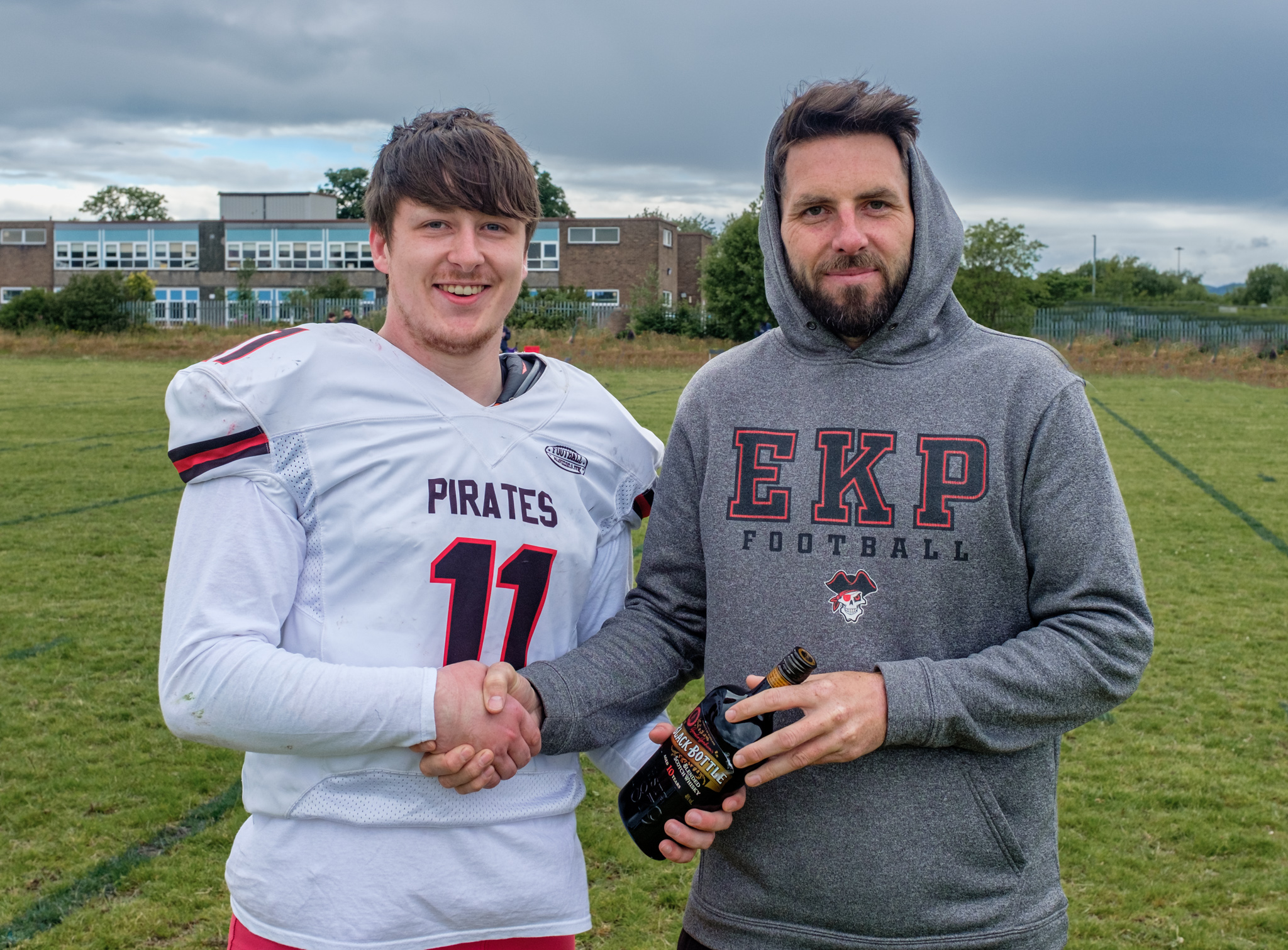