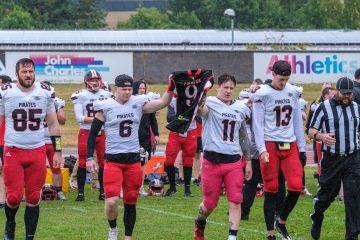 Both sides went into this game knowing that a win would secure a place in the post-season playoffs. The Rams were also using it as a Testimonial for a retiring player, but it was the Pirates who picked up all the prizes at a rain-soaked John Charles Stadium in Leeds. All this coming after the Pirates’ team bus had been trapped in the aftermath of an accident on the A66 for almost 2 hours, resulting in a delayed kick off.

In spite of the distractions, it was East Kilbride who came out of the traps the quicker. A 32-yard kick off return by Struan Bailey led to a 2-play opening drive, capped by a 46-yard TD run by QB Neil Baptie. On a day not suited to kicking, Scott McDonald’s PAT attempt missed the target. The first Rams possession ended when Mark Stewart recovered a fumble on 4th Down. The sides then traded punts, with EK having the ball as the game moved into the second period. 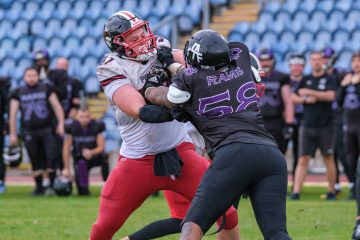 espite moving the ball well, the Pirates came up short on a 4th Down run and turned the ball over. With their Defence giving absolutely nothing away, it only remained for the Offence to take advantage, however their next two drives came to premature ends following a fumble then an interception, meaning there was no further scoring in the first half.

The third period saw a temporary halt to the precipitation, and the home side came out determined to put points on the board. Their initial drive made good progress but stalled on a 4th Down incomplete pass. The Pirates proceeded to use their ground game to eat up the clock, before settling for a 26-yard Field Goal attempt. Unfortunately McDonald’s attempt was marred by the underfoot conditions and it fell short of the target. EK immediately regained possession though when Stewart recovered another fumble on the very next play. 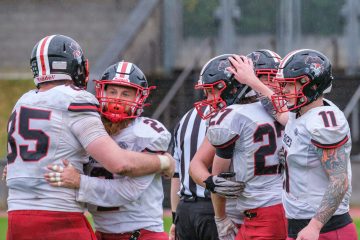 This Pirates’ drive took the game into the final period before Baptie added his second rushing TD of the day, this time from the 1-yard line. McDonald successfully converted to give the visitors a 13-0 lead. Momentum was now fully with East Kilbride and an Interception and 57-yard return by Brodie McDonald took them back towards the Rams’ goal-line. On 3rd Down, running back Greg Black powered home for the final TD of the day. The EK Defence held strong for what remained of the game. There was still time for a bizarre ending to the game with 3 turnovers in 3 plays, fumble by Yorkshire, fumble by East Kilbride, interception by Yorkshire, before the Pirates could kneel out the game.

The Distell International Game MVP award went to Quarterback Neil Baptie, who led from the front throughout in addition to his two touchdowns.

With a place in the Play-offs now secured, the Pirates travel to face Lancashire Wolverines on Sunday (31st) looking for a win to also lock in home field advantage in the knockout stages. The game at Preston Grasshoppers RFC kicks off at 15:00. 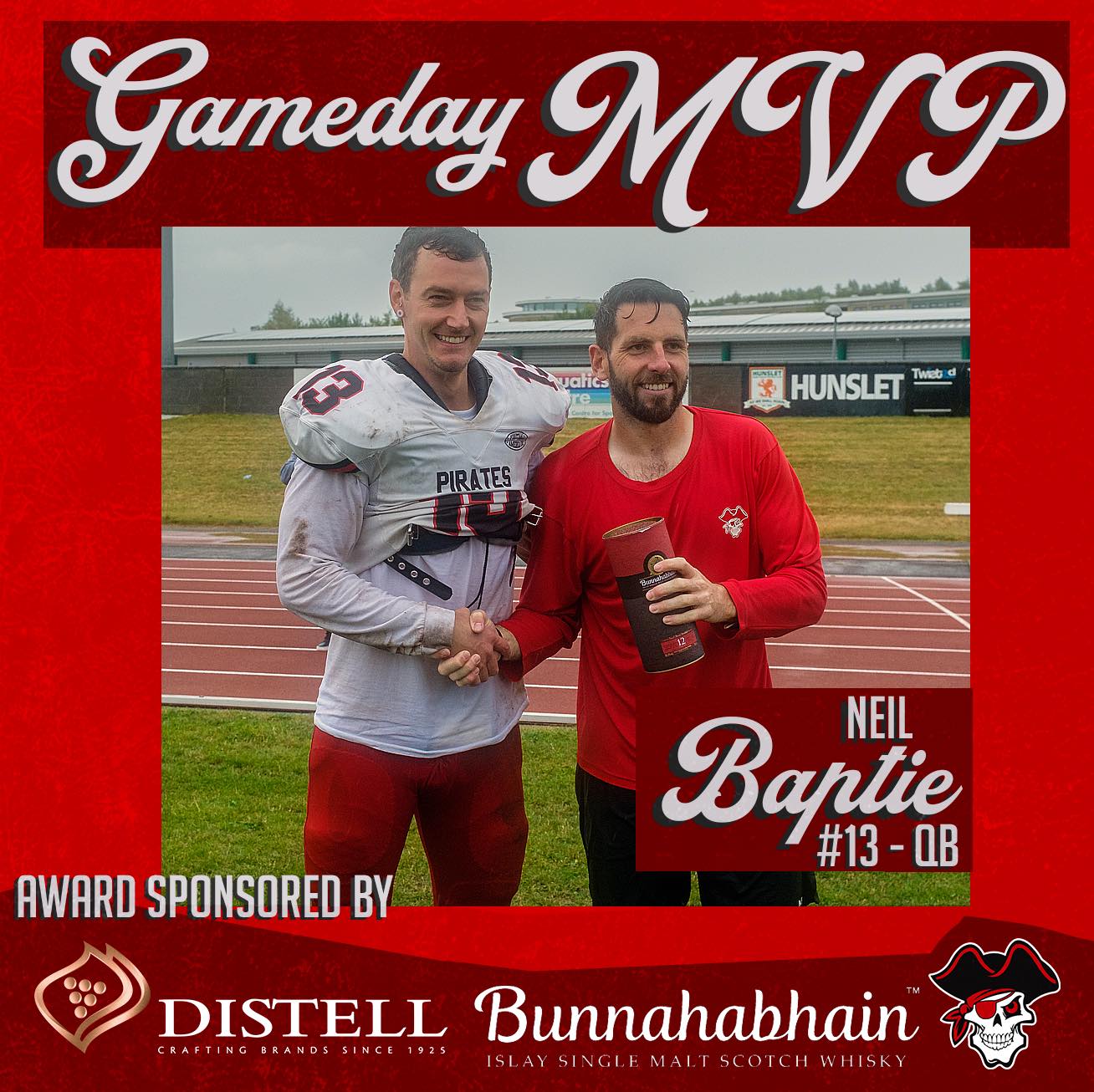